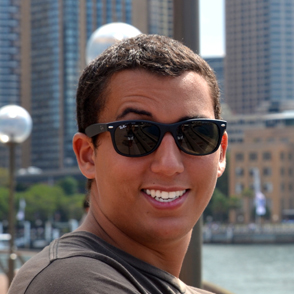 Technology enthusiast, Anas decided to make his passion for technology part of his future.
Thus, he decided to join Epitech (European Institute of Technology) where he studied for five years and acquired a lot of programming skills.
The atypical pedagogy of this school gave him the tools to be rigorous, autonomous and able to adapt quickly.
To sharpen his knowledge, he spent one year at the RMIT in Australia.
There he discovered a different way of seeing the world and became more willing to be part of the world of tomorrow.
During his cursus, he participated in more than a hundred of mini projects, mainly written in C, C++, Objective-C and PHP.
Making his way through the world of technology, he is now a Software engineer in London.

I can say I’m quite good at

Threestup helps small and medium-sized businesses identify and solve chal- lenges by providing software engineering expertise.We can build your software, MVPs, Proof of concept, and provide Mentoring or come as a plug-and-play team to scale up your productivity.

Team lead of the mobile department with iOS and Android teams

Development of an API and an iOS app

Creation of an intranet. Management of a CRM. Development on an e-commerce platform

What I have done in my academic career

How we can communicate together

Please feel free if you would like to have a chat.